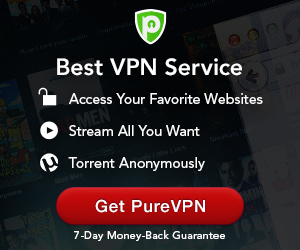 VPN uses tunneling technique i.e. the information being exchanged over the network is hidden and can not be viewed by an unauthorized person. We can view tunneling as a simple tunnel between the two end points of the network through which the data travels. The information travelling through the tunnel is not visible to any unauthorized person and does not deviate to any other direction and moves linearly through the two end points of the network. VPN provides following safety measures:
1. Confidentiality- This means that even if a unauthorized person gets in touch with the information being exchanged will see only encrypted data and will not be able to decipher it.
2. Authentication- The sender or user need authentication to gain access to the VPN.
3. Integrity- This detects and indicates if there has been any tampering with the transmitted messages in case if they had been decoded.

VPN with email and web mail

People generally go for WiFi (wireless fiddler) networks rather than VPNs. People are oblivious to the fact that even a password protected and secured network can not be trusted. The hotspot administrators and other users can interpret our traffic signal and can crack our usernames and passwords. Therefore, there is a high risk of leakage of our sensitive information that we might share through email or web mails. VPN comes here for rescue. Using a VPN with the WiFi, encrypts all our activity from the other users and the hotspot administrator as well. A tunnel is created through the network between the sender and receiver of the information in an encrypted format, readable only to them. Therefore, with the use of virtual private networks, we can secure our data and use the internet without any fear of leakage of our information.

Advantage of VPN while Travelling

Access to the internet while travelling is pretty difficult except for the public Wi-Fi is available at the shops and restaurants. This is again risky when it comes to the safety of our information. Our sensitive information gets vulnerable to thousands of people using the same WiFi at the tourist place. It is also disadvantageous when we need to access a certain site which has been blocked in the country we are visiting. A virtual private network comes as a boon when used while travelling. Following are the benefits of using VPN while travelling:

1. Works in many countries- While some VPN are easy to block, many of them can not be blocked with huge efforts. Checking out the least blocked VPN, it will help in network access in almost all the countries.

2. Access to the whole internet- While a visiting a country, we may try to access a site which has been blocked there. With the help of a VPN, it can appear that we are using the site from another place and gain access to it.

3. Online Shopping- If ordering something from our native country while travelling, the order might seem suspicious to them and can be blocked. Credit card companies might also decline any foreign transactions. VPN helps us by showing our IP address belonging to our home country and allow us shopping online.

5. Save money while shopping online- Online shopping costs are different for different countries. We can save this difference by choosing a VPN Gateway of a country from where we want to purchase it!

VPN is not only a safe option but also has many other advantages. Secure your information with VPN and go travelling without any fear this vacation!

Get a Secure Connection